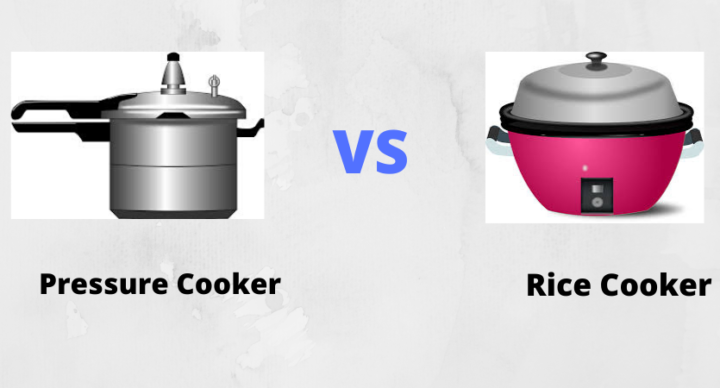 The fight of being the most useful and versatile kitchen appliance between the pressure cooker and rice cooker has been a subject of debate among consumers for a long time.

While some count their votes for the pressure cooker, some are the staunch supporter of a traditional rice cooker.

We decided to put our expertise on the issue to help you choose between the two through in-depth discussion.

Rice cooker and pressure cooker: They are twins with distinctive features

As we want to find out whether the pressure cooker or the rice cooker is the most suitable option, it is essential to know their similarities and dissimilarities as well.

From a superficial glance, both the kitchen appliances seem pretty much similar. Even their appearance is confusingly identical.

Yes, admittedly, both of them cook rice quickly and keeps it warm for ready to serve. They do it with the help of the stream created by the heat.

And that’s where their similarities end. Rice cooker has minimal options without cooking the rice. Whereas, the pressure cooker, also known as the instant pot, is versatile.

It not only presents you flappy rice but also allows you to steam vegetables, cook many items, and a lot more thing. Pressure cooker seems to get an edge here, and that’s all right!

But we need to go deeper to give a verdict on which one you should choose.

A pressure cooker, aka instant cooker, is a multi-functional cooker. It has a wide range of performing areas such as a traditional rice cooker, slow cooker, yogurt maker, electric pressure cooker, brewing pan, warming, and steamer pot.

You see, a single pressure cooker is performing the task of almost half a dozen kitchen appliances. Is it amazing? Moreover, a pressure cooker cooks food faster than the rice cooker.

It also has the upper hand since the flavor and aroma of the cooked items remain identical in it.

The pressure cooker has, however, several settings and provides ready to serve food upon your demand, so you need less attention while cooking the favorite meal.

What is a pressure cooker and its types:

The pressure cooker is a cooking vessel that uses steam to prepare food using heat and steam power. It uses water or other liquid to produce steam. It comes in two different types. 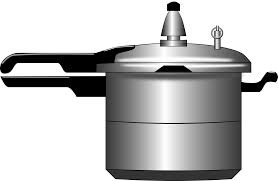 Amazing features of a pressure cooker:

2.       The pressure cooker comes with a variety of series and models.

The rice cooker: Facts and reality

A rice cooker is an incredibly popular cooking appliance. It uses boil and steam to prepare the food. The rice cooker comes along a thermostat and a single cooking bowl. The best rice cookers are, however, can cook some food items as well. The auto-shutoff function makes it extremely safe for users.

Although rice cookers are made to prepare rice, some electric ones can cook a few more items. But that’s very limited. Rice cooker is more prevalent in Asian countries since rice is the primary cereal there.

What is a rice cooker and its types:

A rice cooker, unlike the pressure cooker, is a vessel that combines heating power to prepare rice. It sometimes cooks some items as well, but that’s not mentionable. From a broader perspective, rice cookers are all-electric run, and hence, there are no such types available.

Amazing features of a rice cooker:

2.       It is less expensive than the pressure cooker

4.       The auto shut off function makes it exceptionally safe.

·         It prepares rice perfectly with the intact texture and aroma.

·         You can’t cook a beef stew or other flesh items since the steam only reaches the boiling point. 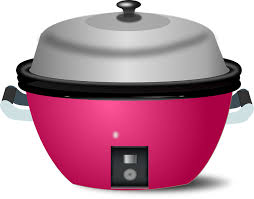 7 Expenses of Opening a New Restaurant That Most People Forget

Should You Buy a Multi-Function Pressure Cooker or a Dedicated Rice Cooker?

Now that we know all the pros and cons of both the kitchen appliances, the rest is upon you. Yes, admittedly, both are top-performer when it comes to delivering their assigned work.

If you love eating fresh, flappy and perfectly-cooked rice at your lunch and dinner, you should go with the rice cooker. It is also good at cooking rice for a large family as well.

However, if you love cooking various food items and experimenting, you must choose the multi-functional pressure cooker. It is also best for busy people who needs less time for food preparation and less attention as well.

As we come to the fag end, we put our bet on both the cooking appliances. Honestly speaking, your preference will decide which one you should buy between the pressure cooker and rice cooker.

Both cooking devices have incredible features and are user-friendly. Hence, it is next to impossible to give edge one over another.

Now, we put the ball in your court as we wrap up here. 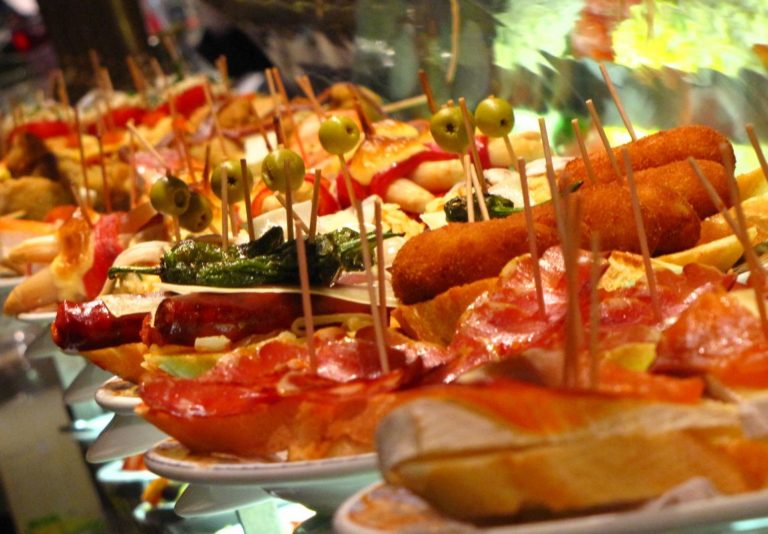 Tapas come in small sizes but are packed with flavors, allowing diners to have a bite… 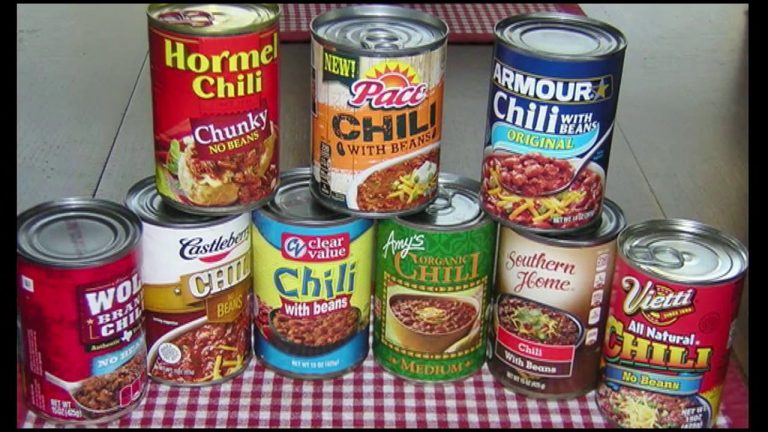 There are so many people that may not find chilies in their cup of tea. Again… 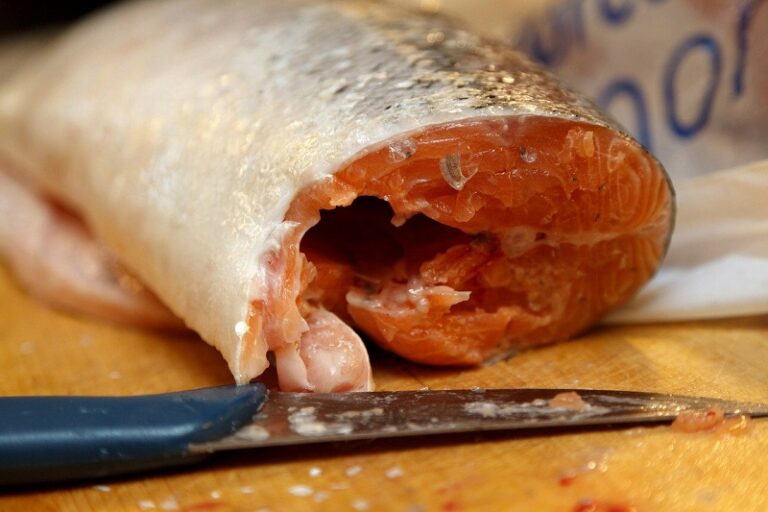 Fish-catching trips are a fun-filled and thrilling experience. Keeps you yearning for another day of enjoyment…. 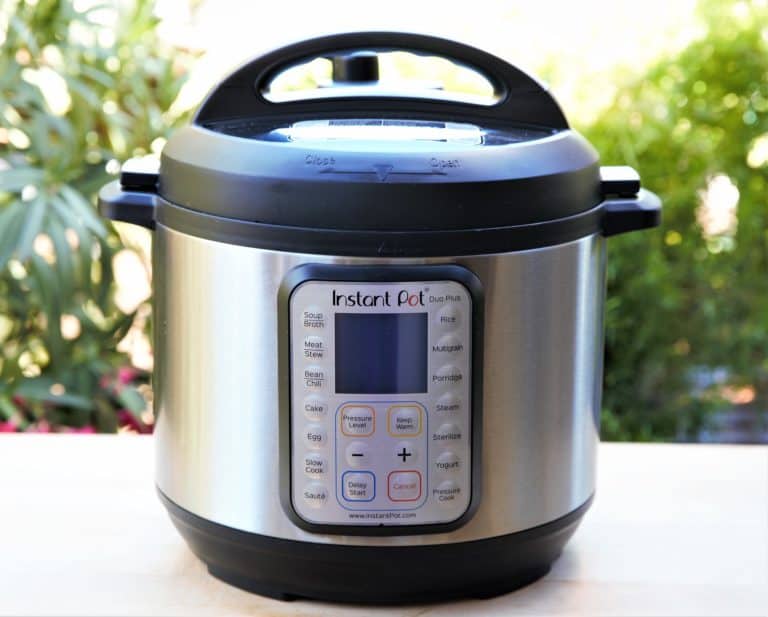