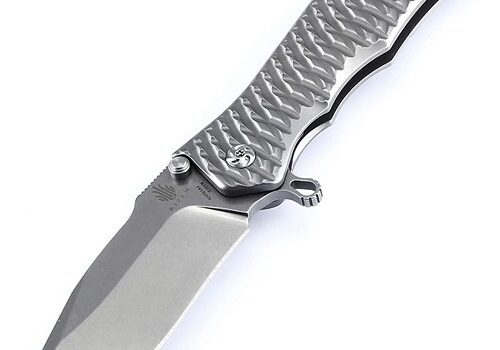 If you are a knife-lover or a regular user of knives, you must have realized the importance of pocket knives. Not only are they usable in the kitchen to cut food items, but these knives have also been of help to people in terms of performing first aid,  rescue victims of burning cars, self-defense, opening boxes, and so on.

As a result of their demand, there has been a rise in many diversified brands of this equipment such that when you go on purchasing one, you may end up confusing yourself in terms of the brand to buy only to realize later that you choose one that can not meet your needs.

What is an OTF knife? : What does it stand for?

If you happen to come across a knife with the label ‘OTF,’ realize that this is an acronym for the word ‘out—the- front,’ which should inform you that this knife’s blade expands from the grip or handle.

The gravity knife depends on the force of gravity (hence the name) for it to open. For this reason, the parachutists carried it on their pockets to free themselves from the chute upon landing. For the automatic switchblades, they usually possess a button which, when pushed, releases the blade.

The spring-assisted knife is opened by the person using it with the help of a thumb stand contained in the blade, or a flipper and, the blade of the manual sliding one is obtained through sliding it out with a button, located along the grip length and is mainly used to cut equipment.

What is dual action OTF knife?

Today, these knives are available in three types which are:

The History of OTF Knife

In the year 1860, the foremost gravity knife was developed, followed by the first spring assisted one in 1861. At this time, the two were used to hold something while opening a folding knife, which later (in the 1970s) resulted to the invention of a thumb-stud which was pushed with the thumb to open the blade easily, and later a wedge (this was a flat disk vertical to the blade spine, this differentiate it from the thumb-stud) whose function resembled that of a thumb-stud.

Instead of the use of a thumb-stud and a wedge, a hole was created in the blade for the user’s thumb tip, which led to the creation of a folding knife. People discovered automatic knives when they watched ‘gang movies’ though, in reality, the gangs and everyone else could not afford them (they were expensive), but in 1970, the Chinese invented cheap ones.

The US government discovered these tools as well as their use through the media; instead of military utilization, criminals also used them for murder, and this led to their ban in the region.

Are OTF knives illegal or not?

The answer is yes and no: The legality of this knife differs from one state to another. In most countries, it is legal to own them while others are against their ownership.

In some states, selling them is prohibited, while most states put it as illegal to carry them concealed (while hiding). Other nations have zero restrictions on these knives.

What is their legality state in Kentucky?

What is a good OTF Knife?

The qualities of the right OTF knife to watch for during purchase include:

It should be made from a strong material that can last long. Is should retain its shape and performance even after you subject it to harsh conditions and frequent use. These will also save your money because you will not have to return to the market to buy another knife. After all, durable ones stay long before they can break even after performing tough tasks.

Buy one that suits the work. Look for the size to ensure that it can comfortably serve your purpose. For daily use, a small blade serves the best, whereas for technical activities, it preferable to buy the one with a large blade. The handle should take care of your hands from blisters, and the knife should also be of the correct weight to use easily.

➡  The form of the blade

Cutting edges exist in both straight and serrated ones. If your task requires straight cuts or you want to buy a knife for hunting, go for one that has a straight cutting edge. If you need to cut materials made from leather, choose a serrated one. It should be sharp to ease your work, but at the same time safe in use

Choose one made from stainless steel, which is free from rust. Different steel types also require different attention, choose one that will not give you a hard time in its maintenance, one that you can easily sharpen by yourself and which will not require frequent sharpening so that it can serve you well for long.

OTF knives and quality ones are not easy to find. Check for the qualities of the right one that is equivalent to your intended use to avoid frustrations and losses. Also, consider doing some research to be informed on the best item to purchase, and a reliable seller.

Adhere to the laws of your residence country on these knives to avoid facing charges upon breaking the rules.

Claudia Jeffrey is a foodie personality. She is working as an Assistant Manager for Research & Development at Crowd Writer that provides coursework service. Claudia loves to enjoy parties regularly and meet her friends at dinner at the weekend. 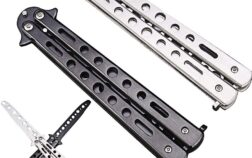 You may have wondered why today people purchase pocket knives and why others move with them from place to place: In this article, you … Read More 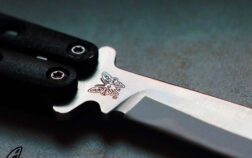 Butterfly knives are also known as Balisong knives. It has two handles instead of one, which gives its unique look. If you can use … Read More 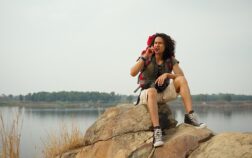